The ad will definitely run! 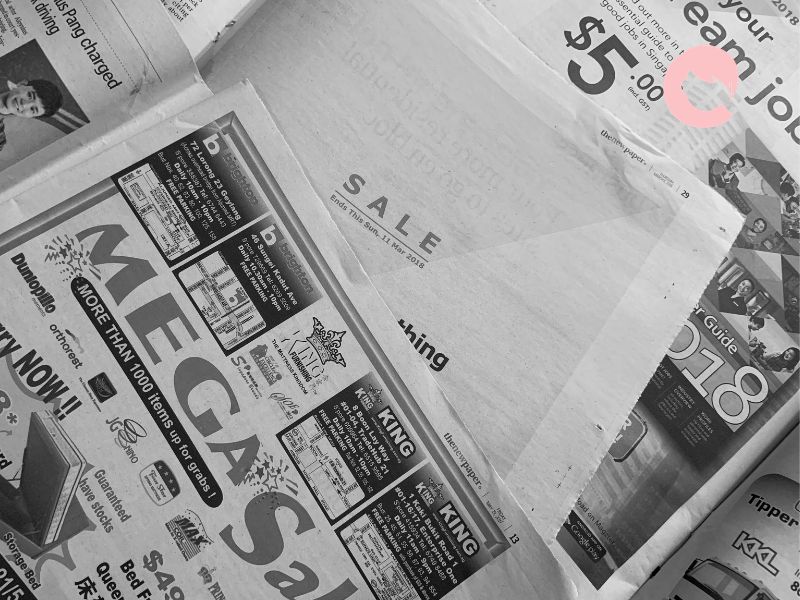 My first jobs with advertising industry were as an account executive. Being at the bottom of the food chain meant I have to do all the leg works to make sure the ads go out.

Back then, making an artwork for print ad was a super laborious process.

The work that now takes less than 30 minutes to churn out using desktop publishing software, would take at least a day to complete .back then.

How it used to work:

Any changes to the copy meant we had to walk through these steps all over again. We had to fervently pray that we could still make it before press time.

Panic at the eleventh hour

It was 1990, when I was working at the Batey Ads’ premise in the multi-storey shop house units along Hong Kong street in Singapore. The office was a maze to navigate with lots of stairs to climb.

Tonnes of nail-biting and cardiac-arresting hard work for the pride of delivering an ad for latest Fixed Deposit Interest Ad. My biggest motivation was fueled by the fear of seeing an empty ad space on the newspaper the next day.

Calm during the storm

I would marvel at the calmness and confidence exuded by my account director, Peter Zheng, when he assured me, “The ad will definitely run!”.

This quiet confidence was shared by everyone on the workflow and there was a commitment that everyone would quietly do their best to make things happen. I saw that in our stern-faced production manager Mr. Ho and I saw that in our studio manager whom we fondly addressed as Mr. Seng.

These images that became etched in my mind over the years as I rose through the rank.

Their assuring composure in the face of crisis provided were the stability in times of turmoil and uncertainty. They were the real heroes who would save the day, for a young rookie whose life depended on having no blank ad in the newspaper.

This infectious optimism kept me going. I could focus on doing my part, knowing that no matter what happens, the ad will run.

Eventually, I became the person who assure the younger ones with the same optimism that once inspired me.

“The ad will definitely, we just need to focus on doing our part”